The grinding process of a single abrasive grain is roughly divided into three stages: Slip, scribing and cutting.

（3）Cutting stage: when the squeezing depth increases to the critical value, the cut layer slips along the shear plane obviously under the squeezing of the abrasive grains, and the formed chips flow out along the rake face. This is called the cutting stage. 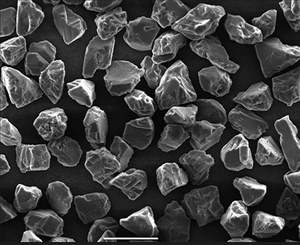